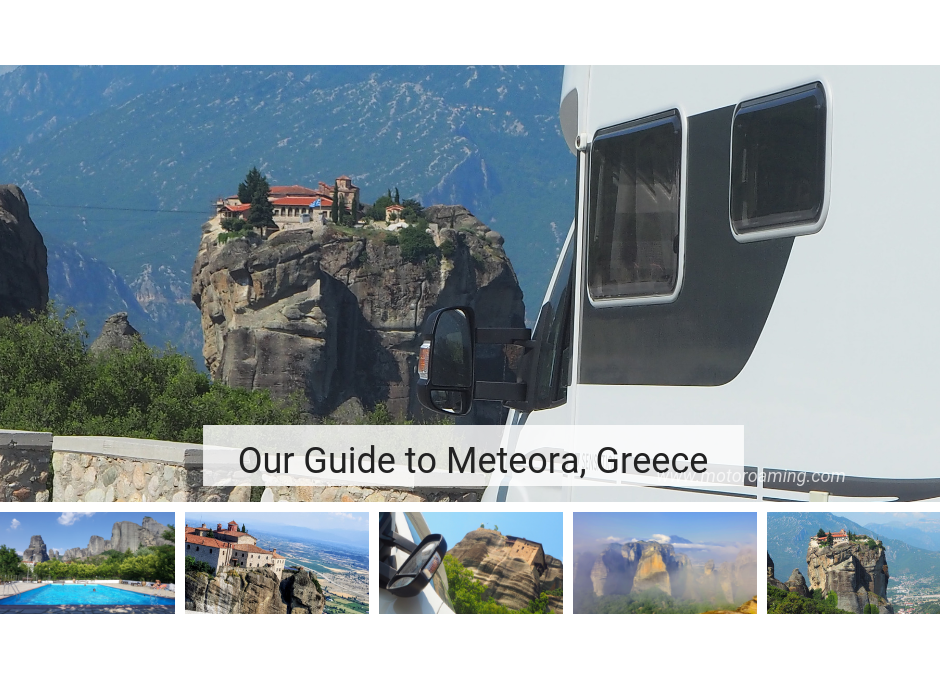 A Guide to mesmerising Meteora

As I sit here in the wake of a humid-air-clearing thunderstorm that is reverberating around this natural acoustic arena, I’m thinking about how best to share our Greek, Meteora experiences.

After having a month on Greece’s most southerly island, Crete where we were completely enthralled by her coastline, we decided it was time for mountains onectar back on the mainland.  Don’t get me wrong there are mountains everywhere on Crete and you are always travelling in their shadow, although you tend to pass through rather than stay and rest awhile. My love battle between coast and mountains still rages, each one giving me gifts from opposing energy. And so we were ready to get our much needed mountain fix.

So heading off the Anek Lines ferry in Pireaus we headed north, through the Athen’s rush hour towards the famous Meteora in Thessaly, northern Greece.  So many people recommended coming here and we did wonder whether to leave it until our next trip. Although grasping life’s eternally fragile nettle, we decided we would do it now.  Tomorrow after all is never guaranteed.

So I mention my mountain fix for good reason. As we headed out of Athens to a non-descript landscape and then more coast, there was no sign of mountains.  And then out of Lamia we had some inclines and a mountain range in the distance.  Ah, at last.  Yet to my utter frustration after 45 mins of twists and turns, we ended up on Greece’s agricultural plain. Now for anyone who who has driven across Central Valley in California, then you’ll have a pretty clear image of what we experienced.  The teasing image of the Pindos mountains to our left kept us hopeful of our curvaceous friends’ welcome. Except we kept turning right. Would our expectations fail us? 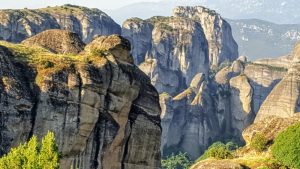 And then on the horizon, our awaiting prize showed itself.  Pinnacles of sandstone boulders rising up from the earth like a Phoenix, revealing what everyone had been talking about. Meteora – the magical land of ancient Monasteries built atop fingers of rock as if suspended in the sky in their pursuit of God’s acceptance. Now this is what we’d hoped for.

If you’ve seen the film Avatar, then you’ll have a good impression of what Meteora is like. A region of sandstone megaliths that are 60 million years old, crafted into uniquely shaped fingers by earthquakes, rain and winds, upon which monks built their houses of faith back in the 13th Century.  Their lofty position would make an eagle’s nest feel inferior and they give the impression of floating in the sky, casting an air of subtle yet regal dominance across the land. 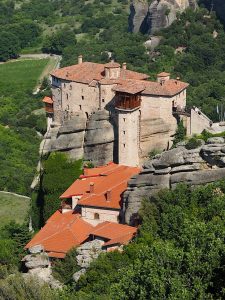 There used to be 24 monasteries in times gone by, with churches and hermits’ caves built into the rock to allow for the preservation of their holy sanctuary and asylums for persecuted Greeks. Now there are only 6 left that, let me tell you, command your reverence, whether you are religious or not.  Many visitors come in pilgrimage, whilst for others it’s donning the latest pose, with the backdrop of the Monasteries as their digital portfolio for family slide shows on their return from holiday.  For some, like me, there is a sense of entering into a land that time forgot. Driving through the small village of Kastraki, you enter through invisible gates to a haven of spirituality that balances religion with natural history to create a mesmerising experience. The sunlight shines on these sanctuaries with the artistry of a stage show, with different times of day showing off each Monastery to their fullest potential. 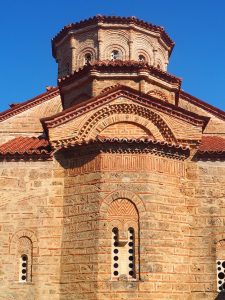 Whilst no longer highly active Monasteries, a small number of monks and nuns still call these heavenly safe-havens, home.  Now they tend to be more museums of ancient, religious tales that reveal a tortured time for the Greeks under Ottoman and Turkish rule.

Visiting this place needs more than just a coach trip, in my opinion as spending time here allows you to soak up the reverent vibrations that make this place so special.  The acoustics here are incredible and if you can train your ear as you climb the often steep staircases to reach the Monasteries, you will be enthralled by the orchestra of sounds that bounce across the rock faces.  Breathing in the magnificence of the human and natural architectural will sooth your spirit and leave you wanting to visit again to really see and feel the place and not just photograph it.

To get the most from your trip here, I would recommend the following 13 pointers in this Guide to experiencing Meteora.  Click the image below for your free downloadable PDF Guide. 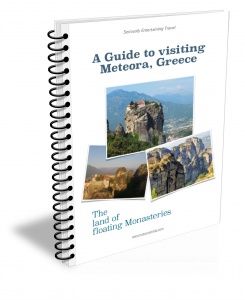 Also here is a link to Dave as he does a truly magnificent fly-past of this wonderland. Here’s the link. We think you’ll love his birds eye view.

So there we have it.  A little slice of magic in the northern foothills of Greece. A gateway to another world where religion and nature fuse together in perfect symbiosis without much interference from the outside world, save the curious travel eager to appreciate its treasure.  Do come, it’s very special.