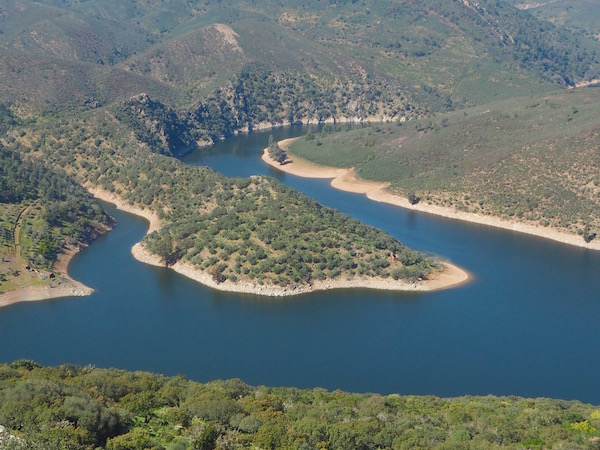 It’s is now March 2016 and having spent a month here and 6 weeks there, mostly on two wheels, the motoroamers are now full time in ‘Scooby’, their newly purchased Motorhome and this is the first gallery from the first time to Spain ( I’m sure there’ll be many more ). Hope you enjoy…… 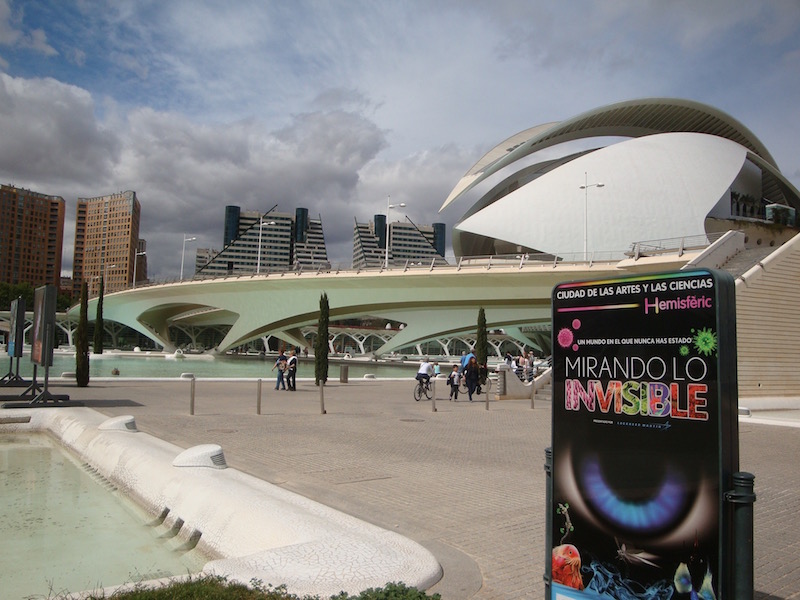 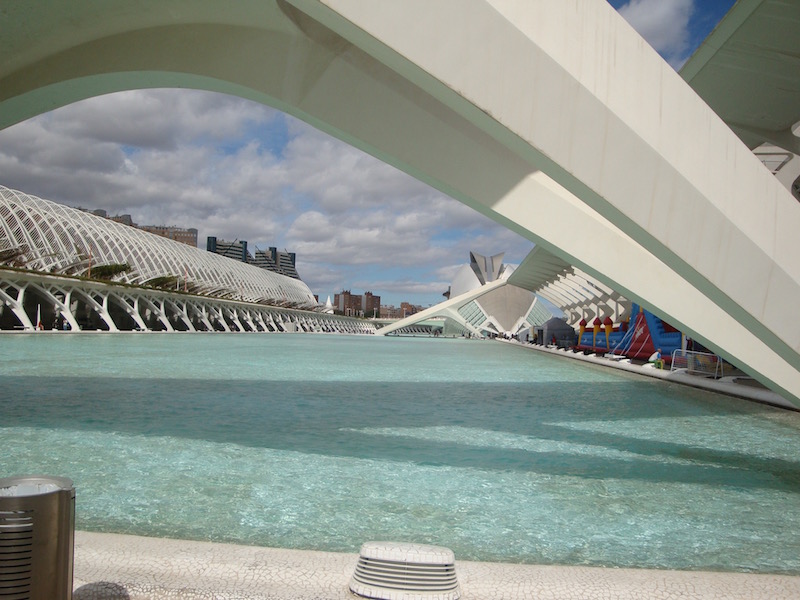 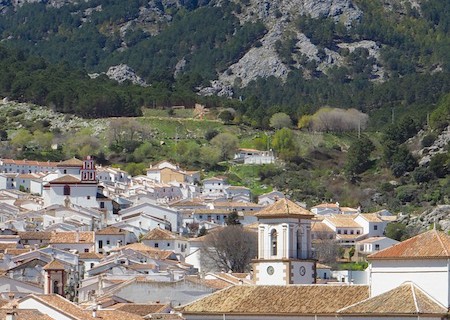 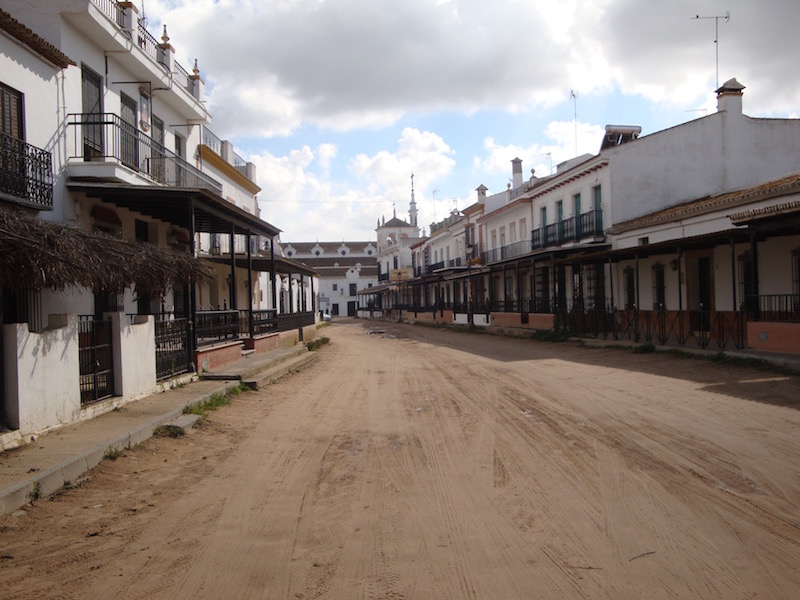 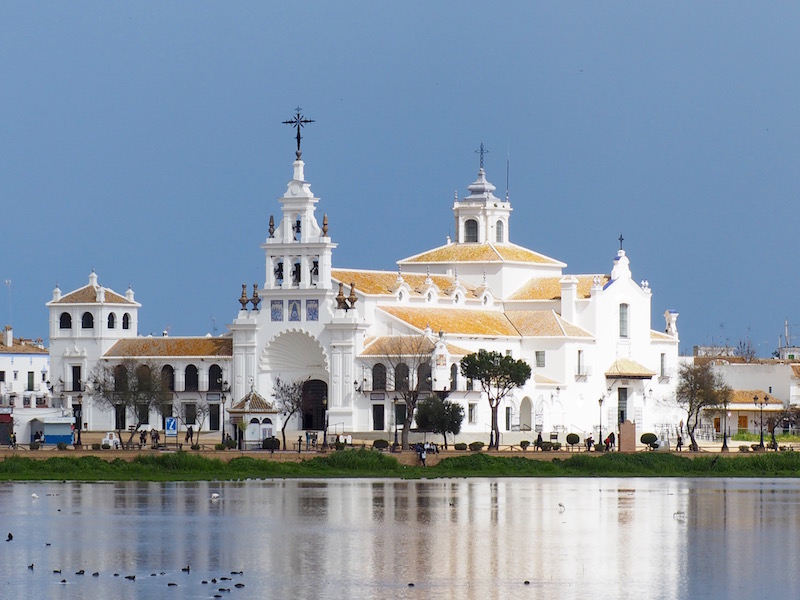 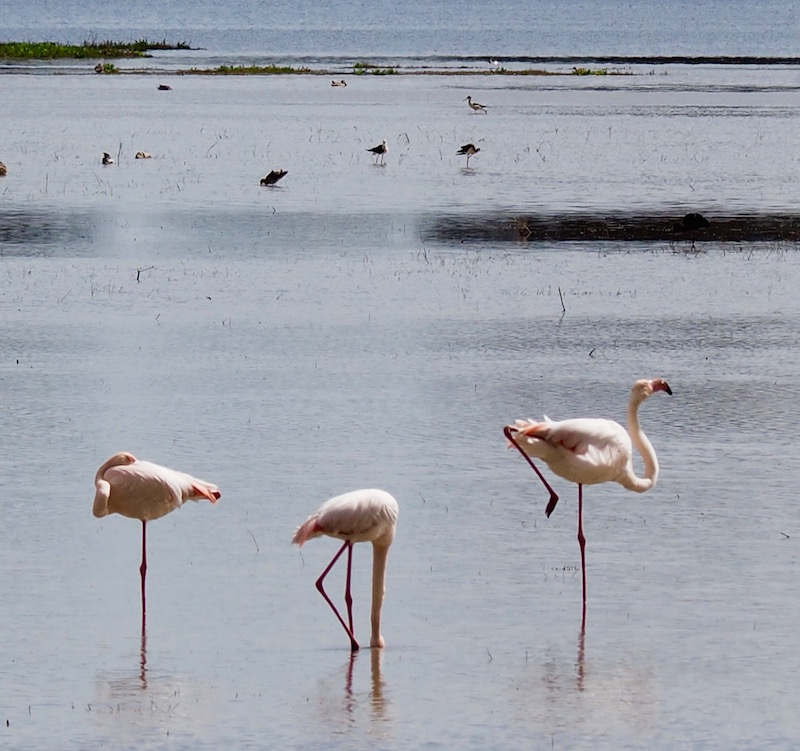 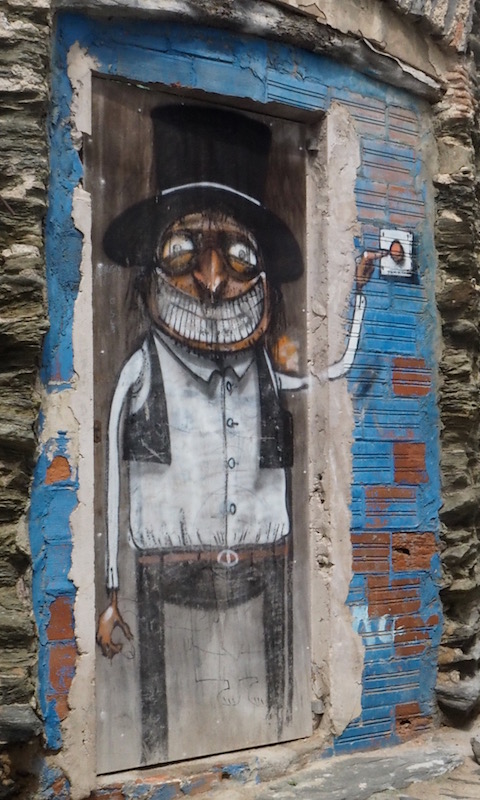 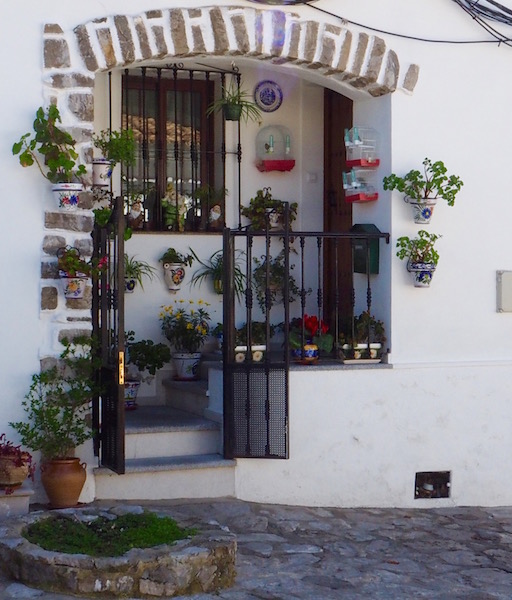 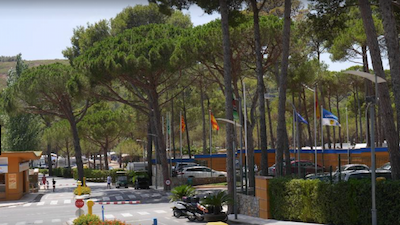 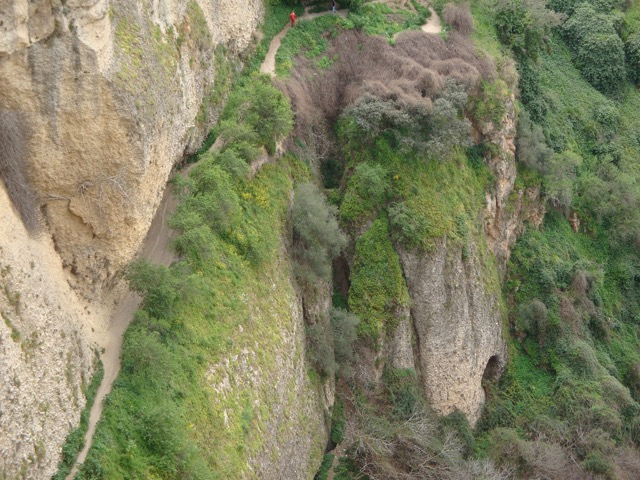 That’s what this journey is all about but some fears are harder than others of course.

First your hands clam up as your sweat glands open up,  your eyes blur as you become a little off balance. The power disappears from your thigh muscles as if someone has opened up a tap on your achilles heel.  You say to yourself ‘You can do this, just don’t look down’, but the more you tell yourself not to look down the more you take a sneaky peak down. People walk past you as if they’re walking down the street. You feel stupid and tell yourself again ‘Just look straight ahead a foot in front of you’. One step, two step…. The hairs on the back of your neck bristle and your upper back starts to perspire as your heart rate rises. You’re breathing has gone to pot. It really does’t matter what you say to yourself, by this point it’s all over. Only one thing for it, turn around and get the hell out of there. I’m sure it’s a nice view but it’s not worth this pain. You gingerly turn around hugging the cliff edge and head back up the path, lactic acid pouring into your leg muscles as you go half a step at a time, your face now whiter than snow.  You get to the top and sit down, you’re heart pounding out of your chest your legs hardly able to walk to the bar you’ve spotted… Dos Cerveza’s por favor, and make em big..

VERTIGO- it’s my nemesis. I will persevere but for now… 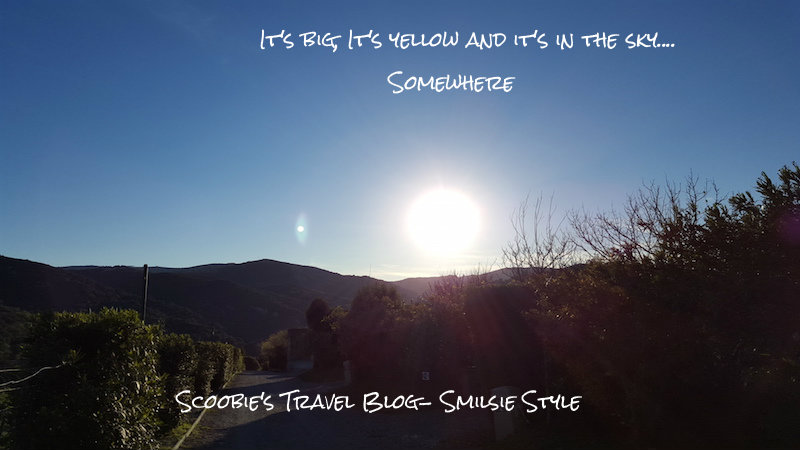 Search for the big yellow ball in the sky.

So, after what seemed like an age of organising, logisticising and planning ( in fact it was only 3 months) we set off on our year long (or maybe two) motorhome trip around Europe. It was March 4th 2016. ‘Scoobie’ our Pilote 740c motorhome had arrived, had been kitted out and was ready to go. The rental house was handed back to the landlord, our furniture was squashed into a ‘big yellow’ unit and off to Padstein we went, just for a few days before we headed off.

The weather was inclement when we arrived in Cornwall as it had been for ten whole weeks leading up to our trip but that was OK because our first port of call was Spain and it was March so it will be warming up nicely we thought.  When I say inclement what I mean is lashing down with sleet, thunder and lightening. It didn’t seem to matter even though it had rained solidly since christmas because  all our hard preparation had to come an end and now was the time to get a little excited. After all, it’s not every day you sell up and head off to who knows where for who knows how long in a 7.5 meter tin can on wheels. Some 24 hours later and 800 miles further south we landed in Santander on Spain’s northern coast,  to find well, err, the same weather as we had left in Padstow… ‘Not a great start, I mused,  but it’ll warm up in a day or two, surely.

After two days of torrential rain, thunder and lightening  we decided to say goodbye to the elephant park, our first stop after disembarkation and headed south to find sunnier climes.  Most of the other Motorhomes that joined us that first night, we presume, had jumped on the motorway and blasted south to Marbella or somewhere like that but we wanted to explore the northern part of Spain as it looked fabulous on the maps. Surely Burgos, two hours drive away, would be warmer. We took our time and meandered along the ‘A’ roads up and over the hills, climbing up one hairpin after another. Over the hills, over the ‘SNOW’ covered hills we crawled, winding our way down the other side. SNOW, FLIPPIN SNOW!!!  This wasn’t part of the plan. Maybe those other Motorhomes knew something we didn’t.

It was snowing when we got to Burgos, a light dusting was forming over the camp ground as we manoevered Scoobie into place. We really didn’t do much as it was so cold you could freeze prawns on the cooker but we managed a bike ride into town avoiding the snow showers as we went. We had received the heads up about a building worth oggling over so we thought we’d take a look  and err, well, yeah actually, it was worth the frost bitten fingers and stinging earache. Wow, it was impressive.  A big church! No, a really big church. We took the tour just to warm up and allegedly history would have you believe that around 1250AD some unsavoury types with bad attitudes came up from the south to pillage, rape and claim land as their own and the christians who had settled there had to put some manners on them. Handbags were thrown and a christian victory ensued and they built this cathedral as commemoration of their glory. Some wine was drunk, a few boars slaughtered, a few more christians entered the world nine months later ( presumably) and everyone lived happily ever after.

Personally, I have no idea what these unsavoury types were thinking. I would have stayed south in the warm which is precisely what we had come to Spain to look for… warmth. Not wanting to prolong our arctic discomfort any longer we packed up and took the high road south to Segovia just north of Madrid. Surely it would be warmer there, it’s just north of Madrid. It was flippin colder, a perishing  ‘0’ degrees. That’s ZERO. Too cold to snow! As I walked around this ‘not to be missed’ beautiful Roman town complete with aqueduct, cathedral and palace, I felt my ‘stiff upper lip’ quiver as I tried to revive my frost bitten fingers once again. The thin film of light grey cirrus cloud prevented the sun from heating the ground, the icy wind piercing through 4 layers of clothing at the turn of every corner of this beautiful place. I couldn’t help thinking ‘What the hell were the Romans doing building a town here’.

As we headed off to our next stop, Salamanca, I was full of hope. With the aid of a google search I had fathomed that Segovia sits a whopping 3000 plus feet above sea level, no wonder it was brassic. The further west we went and the lower we descended, the more the clouds broke up and the more the outside temperature gauge on the dash went up and up. 2, 4, 7… 9… Hey up I thought, I’m on to a winner here… It seemed to stay on 9 for an age but then just outside Salamanca a miracle happened… BOOM…10, TEN DEGREES then 11 then 12… ‘Give someone a lollypop… DOUBLE FIGURES!!! You beauty. And there it was, in all it’s glory….. the Sun.

The quest for the big yellow ball in the sky was over. Poking out from behind a little fluffy cumulo cloud in the big blue sky it was a joy to behold… After a brief trip to the hozzie to recover from mild hyperthermia, we unhitched the bikes and headed off into town for a mooch with a whopping 14 degrees outside temperature. Happy Days!

Salamanca, now there’s a place but thats for the next post. TTFN