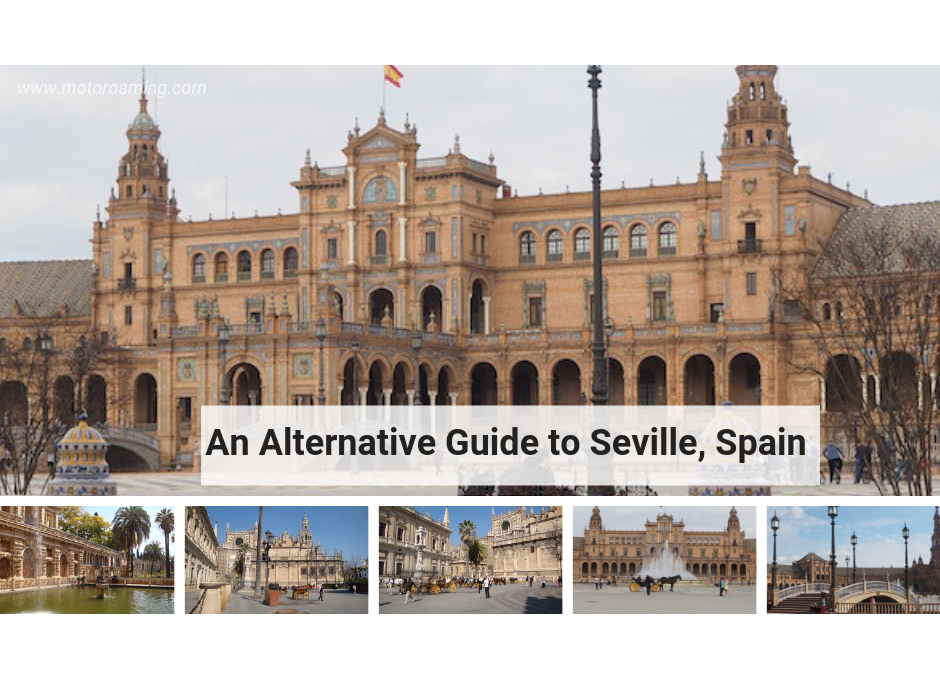 An Alternative Guide to Seville

Now you could be forgiven for thinking this is one of those blogs that shares the Top 10 traditional city sights that you must put on your visitor’s list.  Let me assure you that this could not be further from the truth, because as a countryside lover, I tend to tolerate cities, at best and endure them at worst.  So when, as nomadic travellers, we decided to take a road-trip around Europe in our motorhome, Scoobie, we knew that visiting cities would be part of the mix.

I love to be surprised and Seville is just one of those experiences that I felt compelled to write about, such was its profound effect on me.  This Alternative Guide to Seville is about how this pulsating city touched me through each one of my senses and how it remains in my heart as my second favourite city, running closely behind Venice.  Throw away your Tour Guide Map and experience Seville’s dazzling sensuality.

After an unfavourable arrival in Seville during rush-hour, I had little hope of it leaving a mark on me.  Although we had promised ourselves at the start of our trip, that irrespective of our likes and dislikes, we would throw ourselves into everything.  So throw ourselves into Seville we did – and boy are we grateful about that.

1. Seville is a sight for sore eyes

My intuition tells me to recommend staying outside of the city centre – irrespective of your budget.  There’s something incredibly specially about a relaxed arrival into the city zone. As you drive over one of the many bridges, you feel the weight of your hopes and expectations supported by its arches as it guides you into the bosom of Seville’s sanctuary.  Immediately you are greeted with an early vision of splendour as palaces, fountains and parks present themselves to each incoming visitor as if selling their wares to you.

We headed straight for the nearest Tourist Information Centre, which, as it happened was planted in Plaza del Triunfo where two historical giants compete visually for your affections; the Moorish yet Gothic blend of the Palace Alcazar on your left and the theatrical grandeur of the Cathedral to your right. Having visited three UNESCO Cathedrals in Burgos, Segovia and Salamanca the previous week, we decided that the unique looking Palace won our vote and what a feast for the eyes this was. Every colour of the rainbow must have been represented in this magnificent building, which boasts 11 centuries of cultural intervention from Muslim to Gothic to Christian. Each architectural hand delicately offers you its own story and with each corner you turn, more of the visual legend unfolds.

The gardens are staggeringly beautiful and when you realise that beyond the monstrous walls is the bustling city, it made its fascination even more palpable. Follies, waterfalls, peacocks, fountains, domes, arboretums, ponds and pagodas would fascinate even the most modest of gardeners. I dare you to look at this and not be wowed by its magnificence.

The spectacle that is the Plaza de España is special on a plate. As you walk through the signature Parque de Maria Luisa, little do you realise the secret that she holds at the head of her intricate maze of orange trees. The crescent shaped Plaza stuns your eyes with its relatively new composition of brick and highly coloured tiles, little waterways and bridges that if you shut your eyes could almost transport you to Venice.

Outside of this treasure chest spectacle, the Hop on, Hop Off City Tour Bus, offers you a glimpse into the depth of Sevillian history. Whether you love the past and religion or not, you can not leave without feeling just a little bit touched by the stature of the buildings, the love and passion that went into their creation and the spectacle that the multicultural palatial homes present to you.

You will look, you will see and you must surrender to its beauty.

2. Music to your ears

The first sound that reaches your ears is that of the traffic buzzing through the city with passionate Spaniards sounding their horns in impatient determination to reach their destination. This cacophony is strangely inoffensive as the city envelopes you into its historical narrative.

Then there is the cheeky, flirtatious melody from the city’s parakeets that brings a smile to your face, as they flit between the palm trees.  The doves coo romantically amongst the gardens’ Silver Birch, often looking like magnolia flowers as they adorn each branch like blossom, offering hope and peace to the passing strollers who barely pass a glance.

Conversely the silence of the Palace garden is strangely deafening, as it attempts to hide its jewels away from the hubbub of chaos behind its protective walls, enabling it to honour its past masters as their ghosts lay to rest.

Stop and listen to the sounds; you will be stunned by the orchestral composition that the city composes for you if you are willing to hear.

Who would have thought that a city could smell of anything other than exhaust fumes?  Seville has its own distinct bouquet that is unforgettable.

The orange trees that bear both fruit and flower simultaneously, intoxicate you with their sweet, romantic perfume leaving you wishing you could bottle it.  Its sensual aroma acts as an instant relaxant as you will feel the busy-ness that exists around the city walls, simply melt away with each breath.

Take a breath and, for a moment, stop to take in the sweet smell of beauty.

4. Taste beyond the tourism

Traditional Sevillian kitchens will tantalise your tastebuds as you walk past the many cafés and tapas bars, enticing you with the melee of pungent smells from their gastronomic delights; garlic prawns, paella and a host of jambon related dishes that draw you in and encourages you to stop and watch the world go by whilst sampling its treasure. Breath it all in and allow your tongue to tingle with Sevillian cuisine.

5. Taking Seville to your heart

Seville magnetises you in so many ways and the vibe that captures your heart is subtle as it bounces around your city experience. From the stories that are etched between the buildings’ fibres, holding so many intriguing secrets, to the sheer intricacies of the balustrades, you will leave wanting more like a perfect thriller.

The energy from the people who call Seville home, for a short or permanent amount of time, vibrate noticeably as they go about their business. Bicycles, green trams, horse and carts who carry incurable romantics hoping to capture their loved one’s hearts, all combine to generate a pulsating energy that symbolises love, culture, passion and genuine devotion to something greater than the human being. The web of intricate alleyways and winding streets, hold secrets that define a historical place and time, if only the ghosts of the past would reveal them.

Feel the city’s heart beat, as it speaks to those who listen.

Visiting Seville will leave you forever moved and entranced by its blend of history, religion and modern culture and if you experience it beyond the ‘Hop on Hop off’ buses and Tourist Guides, then you will have a memory that will last forever and you will be moved by your sensual experience.  Let Seville in and it will remain a love affair of never-ending devotion.

For more on Seville, why not check out this link from Trip and Travel Blog:

Check out our gallery of images below. 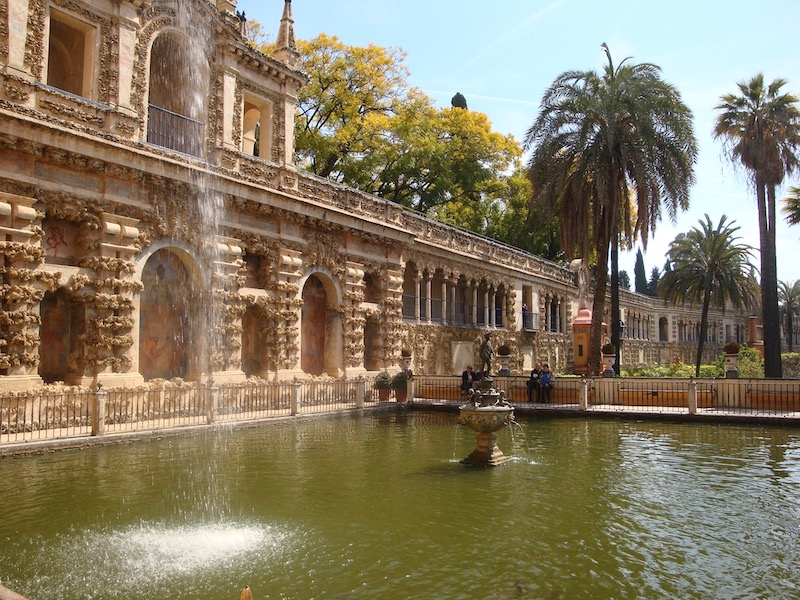 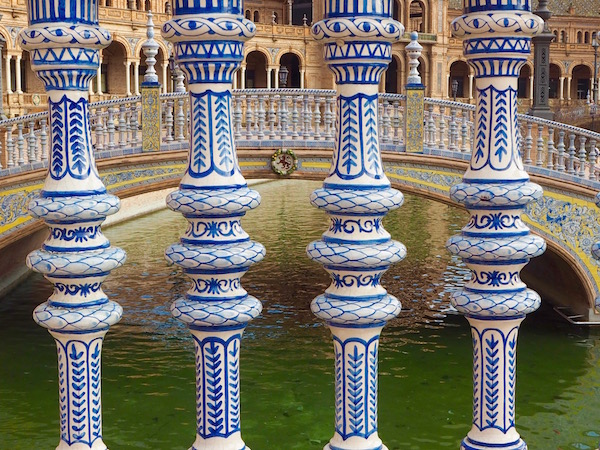 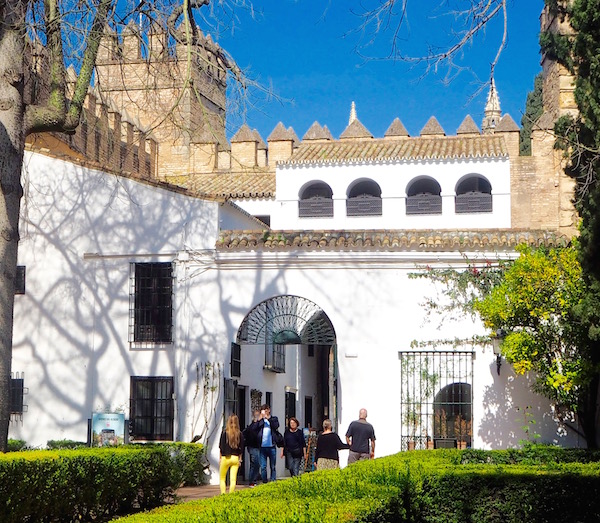 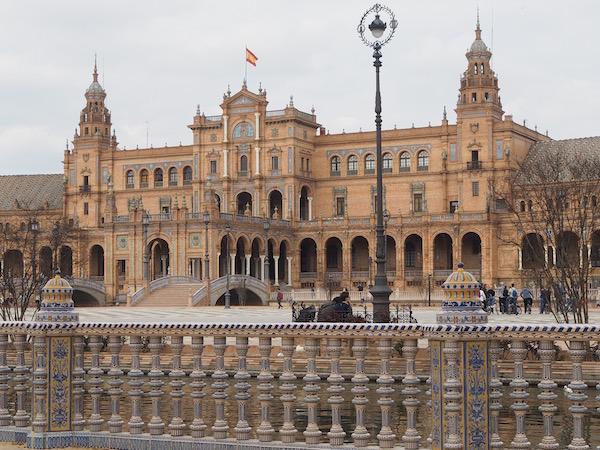 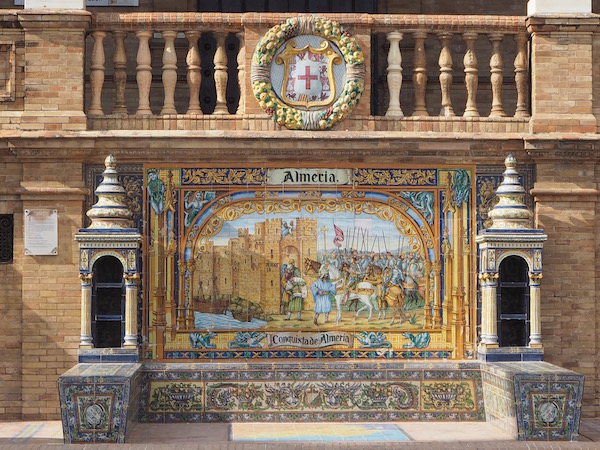 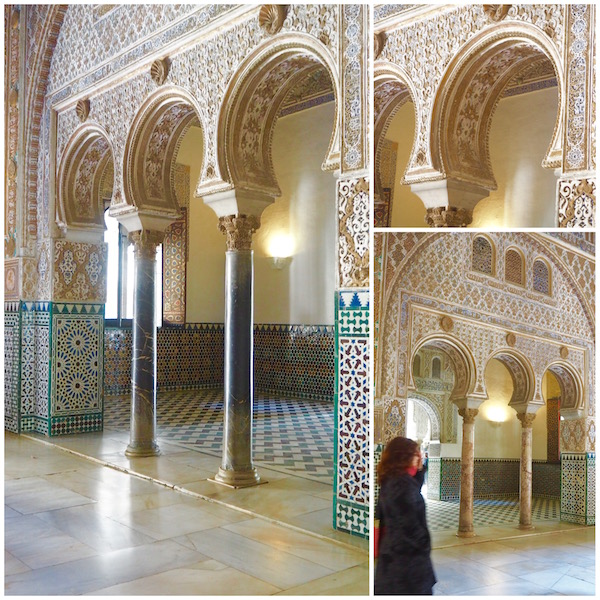 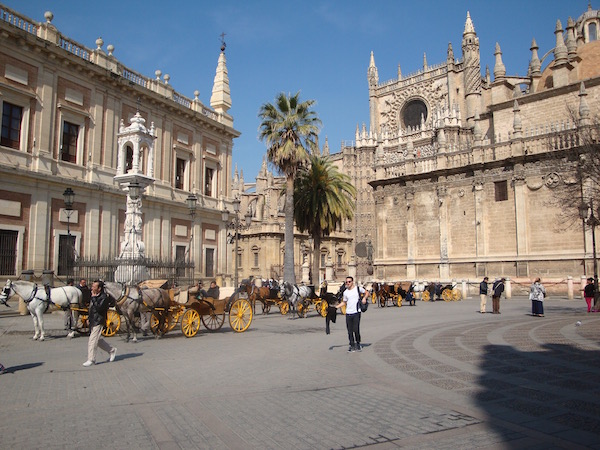 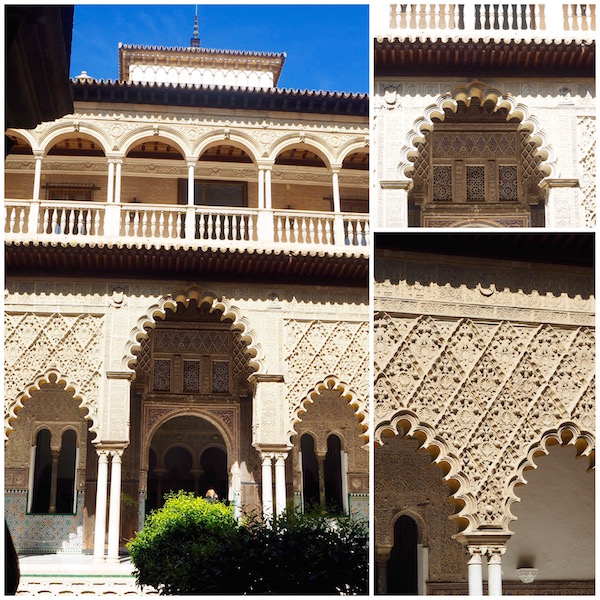 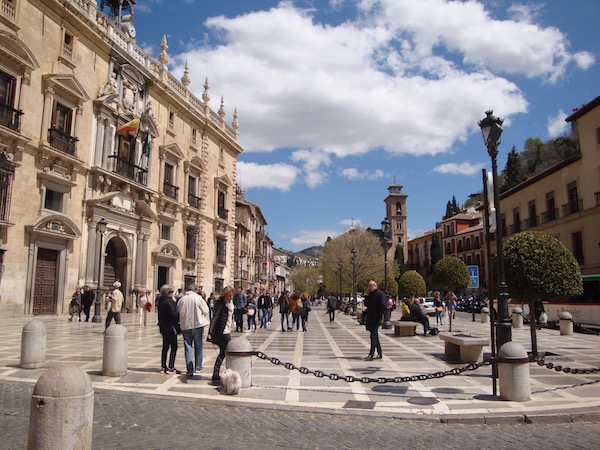 Want to save to read later? Why not Pin it?