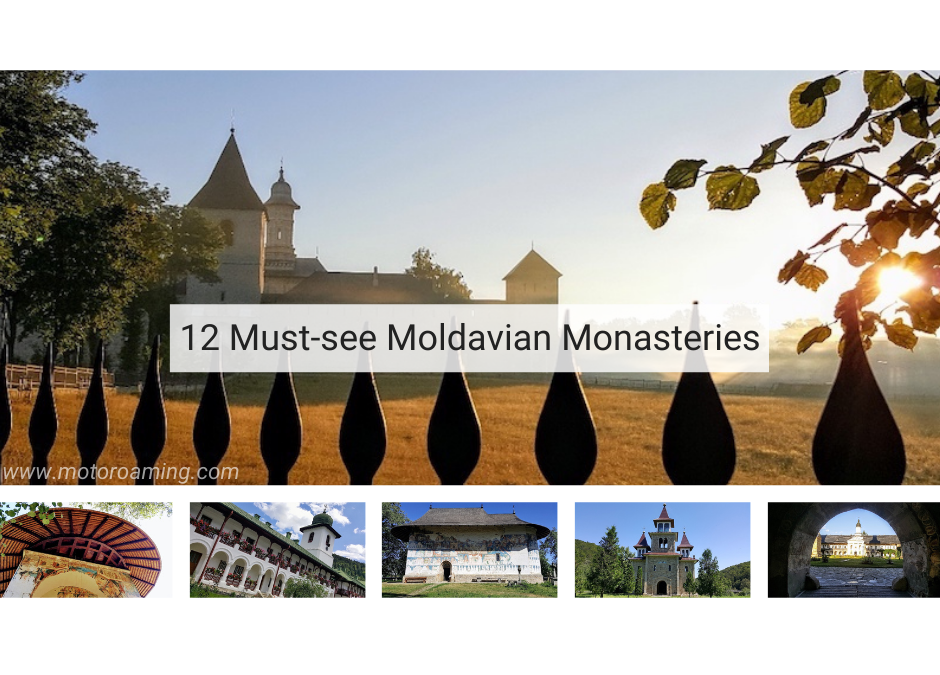 Romania is famous for many things; Transylvania and its Medieval Castles, Count Dracula and Bran’s Castle amongst other things.  Although perhaps one of its lesser known assets is its collection of monasteries in Moldavia.  Whether you are religious or not, these magnificent houses of worship are dotted all around the countryside in this north-eastern region and you can not help to be impressed by their stature, reverence and story-telling painted walls.

Most people head straight for Transylvania and miss out this corner of Romania.  Yet if you decide to make the effort to come this way, then you will be in for a treat.  With its charming countryside and rolling hills laced with tradition and folklore, fused with Romania’s eclectic mix of brightly painted homes with Russian and Asian styled architecture, you will not be able to blink for one second.

The main attraction of Moldavia are the Painted Monasteries of Bocovina; displays of incredible artistry, both inside and out are to be admired, especially given that they are between five and six hundred years old.  The artists’ palettes dating back to the 15th Century are a sight to behold and it silences you into respectful admiration.

Do not be fooled however, because whilst these masterpieces may certainly impress, your tour of this enchanting fairyland starts way before Bocovina and so we must start our monastic journey right at the beginning…

Romania is a secular state and has no state religion, although it is one of the most devout countries in the EU.  The country recognise 18 different denominations, according to the latest Census, although over 80% of the population are identified as Eastern Orthodox.

It’s important to understand that we’re not just talking about a few cute little churches. We’re talking about entire settlements; communities that have built up within and around the monasteries, where nuns and monks live, work and worship together. It is a symbol of harmonious, co-dependency living that has survived through the generations. 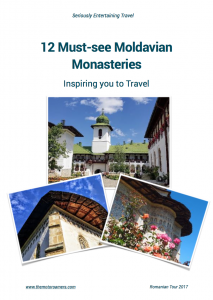 We have put together this comprehensive Guide to Moldavia’s must see Monasteries to inspire you to travel here, which we offer to you download for free. Click the blue link for immediate access to the Guide.

It shows you the path we took as we travelled around this fascinating region of Romania, a detailed list of must-see monasteries and our camping spots, if this is your chosen style of travel. Over five days we meandered our way around this endearing countryside and up through the Carpathian Mountains, drawing ever closer to a feeling of nirvana.

It is an incredible region and gifts you with a pocket full of amazing memories of this unique corner of Europe.  You must come here…

Our Recommendations for your Monastery Trip

Moldavia is a huge region, with much to see – not just monasteries.  You have hiking in the Carpathian Mountains, buzzing towns to stop off along the way and the general historical depth of the region to absorb.  Doing a whistle-stop tour would miss out so much. Here are our recommendations about how to get the best of your visit.

And finally…. Here’s a little piece from Myles and there’s a little rendition of ‘The Blue Ridge Mountains of Virginia. Now tell me you’re not intrigued?