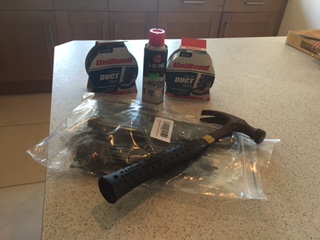 So we finally took the plunge and bought our brand new motorhome- a Pilote 740c. We chose this particular one because we liked the build quality of the Pilote and the model offered an Island fixed bed. Having toured New Zealand in a Swift Bolero with a french bed we thought we could compromise but we are spending a lot longer in our new ‘home’ we decided at the 11th hour on the ‘upgrade’. We think we’ve made the right decision but only time will tell.
Having finally made the decision on make and model it was time for the extras and what a selection there is. From electric lift up beds to rear view cameras- you can have the lot but in the end we chose the following.

In addition we will have a drive away awning instead of a fiamma pull down sun screen ( this may in time prove to be a mistake), a cadac safari external gas BBQ, a 12v towel rail, anti skid wheels (to stop the rear skirt catching the floor) and a Wifi/Broadband system to stay connected.

Our thought process took us down the following path.

1. Running out of electricity while wild camping is not an option.
2. The inverter is necessary to charge up devices when not a electric hook up and standard kitchen appliances (juicers, blenders etc) can be used
3. On his return from a recent trip to Europe a friend of mine recommended the gaslow system as he couldn’t fill up his bottles unless he was in Germany. He also advised to install the skid wheels (served him well on a number of occasions) and the towel rail. ‘Always nice to have dry towels in the morning’ he argued.
4. Many people in New Zealand complained that their hire motorhome was pants going up hill hence the engine upgrade (especially if we’re going to tow a smart car or Qpod- the jury is still out here)
5. I’m a side mirror kinda person and did’t use a camera when I had one.
6. For convenience an external shower and BBQ point seemed logical
7. I was all prepared for the investment of an Oyster satellite dish on the roof when the same friend lamented whether his was money well spent. ‘ You can always get a mobile or wifi signal most places’ he said. ‘ We’ve only used the thing once and it was pretty slow. So I’ve plumbed for the latest wifi/mobile boosting roof mounted aerials in the hopes this will suffice.
8. Having had a puncture recently and used the glue stuff you squirt in to good effect I am refraining from a spare tyre and the long lasting residue they pump into all tyres for the tie being.

And that’s about it. I’m positive we haven’t thought about everything and that this is only a starting point but I don’t think we’ll be too far off.