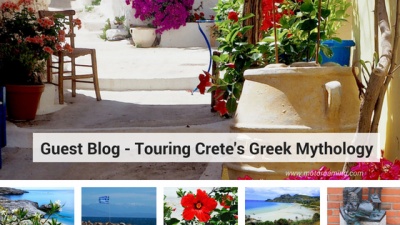 The largest of all the Greek islands, Crete is known as the mythical birthplace of Zeus, king of the Olympian gods. This motorhome-friendly island features stunning natural landscapes to explore, as well as a collection of ancient Greek ruins, each revealing a different aspect of rich Greek mythology.

With its gorgeous sunsets, extant ruins, verdant landscape, and fine Mediterranean beaches, it’s hard not to fall in love with Crete. We previously spent a week touring around this real-life Treasure Island, and now, we’re going to explore it from the fascinating lens of Greek mythology. 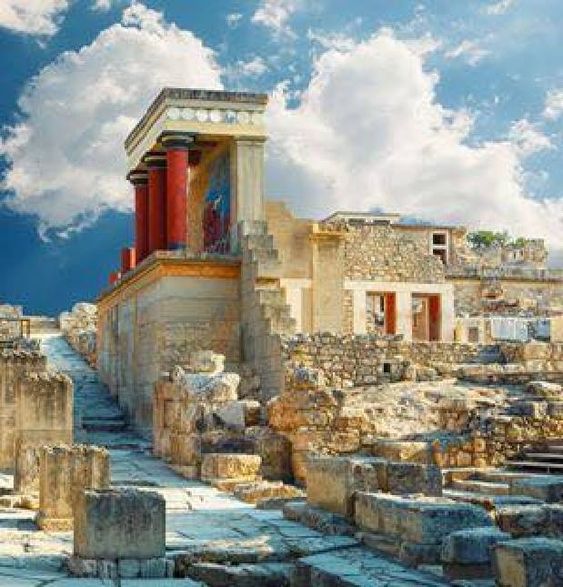 For starters, the Cretan capital city of Heraklion contains the ruins of the ancient city of Knossos, the former seat of power of the Minoan civilisation. Historians estimate that Knossos was abandoned sometime during 1300 to 1100 BC for unknown reasons. But A Luxury Travel Blog suggests in its recounting of mythical Cretan sites, it might just have something to do with King Minos and the mythical Minotaur rumoured to roam the city’s labyrinth. You can investigate this for yourself as you walk through the labyrinth and admire the many frescoes scattered around the palace-city. Pace yourself and breathe it all in – it’s going to take some time to explore one of the largest archaeological sites from the Bronze Age. 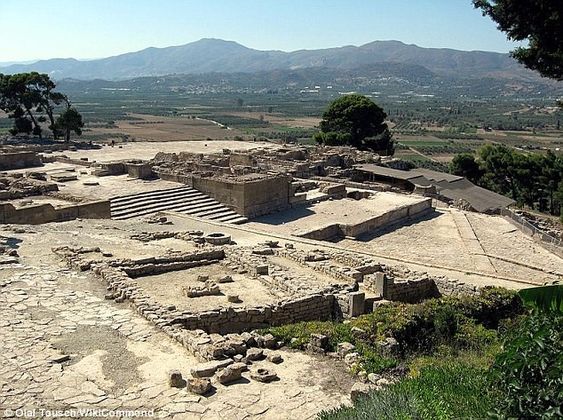 Next to Kronnos, the second largest Minoan palace-city in Crete was Phaistos, which today is an explorable archaeological site. In Greek mythology, the wise King Rhadamanthus of Phaistos eventually became one of the judges of the dead. Apart from the chance to see the ancient city’s artefacts and complex architecture, the hilltop site also offers a breathtaking view of the Messara plain in southern Crete.     Image credit: By Marc Ryckaert (MJJR) – Own work

The Messara plain itself is home to ancient landmarks that are testament to the beauty of Greek mythology. For instance, the plain is home to the 6,000-year-old city of Gortys. Legend has it that the city was named after its founder, Gortys, who was the son of Phaistos city’s King Rhadamantus. Gortys is also where you’ll find the Plane Tree of Zeus and Europa. This rare, evergreen plane tree is said to have been the site where Europa and Zeus made love after the Greek god first appeared to the Phoenician princess as a bull. This mythical love affair produced the three kings of Minoan Crete: Minos, Sarpedon, and Radamanthus.

Although Crete is known as the birthplace of the god-king Zeus, there’s currently no official information on the exact location of his birth. However, in the Cretan mountains, two caves vie for the honour of being the birthplace of the Greek pantheon’s king: the Ideon Cave (also known as the Cave of Zeus) in Mount Ida and the Dikteon Cave in South-Central Crete. And what an honour it would be – the ancient Greek god is in many ways still worshiped today through various modern cultural tributes. In the movie Clash of the Titans, Zeus was played by iconic action star Liam Neeson.

Meanwhile, on Foxy ’s digital slot game, Zeus – God of Thunder, the Greek god’s mastery of the sky, thunder, and lightning is used to provide a dazzling background to an otherwise regular browser game. In the game, Zeus is depicted as a stern-faced King of Gods, complete with a fork of lightning clutched in his bare hand. Similar depictions can be found in the likes of God of War’s most recent installment, where the hero Kratos meets Zeus in hell after a series of harrowing challenges. While these modern tributes to Zeus are interesting to say the least, actually visiting and Motoroaming the mythical island birthplace of the Olympian god-king is another experience altogether.

Crete is filled with ancient sites that can be found in the annals of Greek mythology. There’s no doubt that the best way to explore these places, while also appreciating the wild beauty of Crete, is by bringing your home with you.

And if this has piqued your curiosity about Crete and what it can offer you as a visitor with your motorhome, why not check out The Motoroamer’s free to download Captivating Guide to Crete.

Zoe is a history graduate and avid traveller. Her speciality at university was Ancient History, and she hopes to use her knowledge to encourage more people to get interested in the past by visiting historic sites. In her free time she likes reading and writing about her favourite subjects.