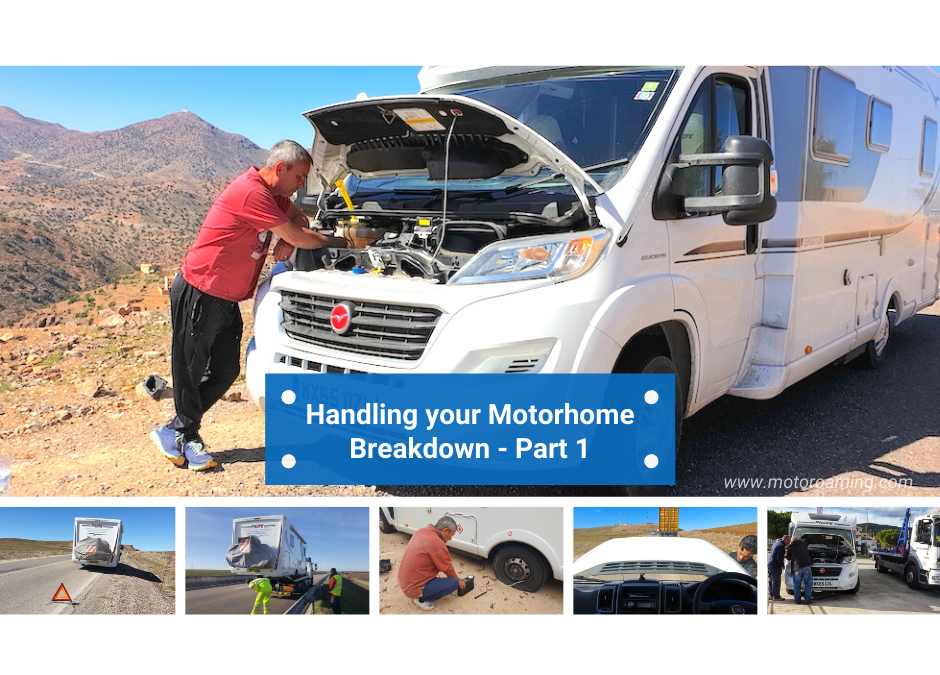 After a year of ‘engine’ issues, this week saw the conclusion to getting our Scoobie fixed, fit and finally back on the road. Such has been the drama of these unfolding events with twists and turns we thought we would put it all down in a blog.

We hope that if we can share our experiences and the lessons we learnt, potentially it could help mitigate some of your stress – should you find yourself in a similar situation. We write this not as mechanical or legal experts although as people who have learnt the hard way. Of course you must always seek your own counsel as your circumstances may not be identical to ours.

Our breakdown saga started one year ago. As we innocently sailed across the Mediterranean from Italy to Spain little did we know what the next 12 months would have in store for us.

It started as we headed south for our rendezvous in Dènia for a Christmas gathering with our family. A gentle loss of power past Sitges told us that something was wrong. With a call to our EU Breakdown, a local garage broke the news that it was the radiator. He duly ordered a new one for the princely sum of €1,000 plus labour. Interestingly we inspected the old radiator before we retrieved Scoobie and there were no obvious cracks or splits – so warning bells rang.

I’m really not sure as we reflect back what we could have done differently. We weren’t fluent in Spanish, so how we could have challenged the repair? So we accepted the financial hit and moved on! Acceptance and trust were key to us at this point. Also clarifying with our insurers that we had accommodation cover gave us peace of mind whilst the repairs was carried out.

After just one day, the radiator began to leak again, although Myles found that the pipe at the top of the radiator had come off, so we assumed that the garage had just not put it back on tightly enough. So we popped it on, filled the radiator back up and went on our merry way. This happened to us on three more occasions; twice in Morocco and once in France en route back to UK, 3 months later.

We class ourselves as fortunate that, knowing what we now know about our engine failure that nothing more serious happened whilst in Morocco as that could have been a whole different ball game. It did though start ringing more alarm bells as we began to think there was something more serious going on.  We started to speak to our mechanical friends to assess the possible causes. Surely it couldn’t be our engine? We had only done 56,000 miles so was hardly even run in.

If there is a pattern of repeated issues then call your Breakdown company back and explain the situation, as they hold some liability for the original call out repair and use their services to help rectify the root cause.

Of course had we done this earlier on, perhaps the scenario might have been different. Who knows and we’ll not put any energy into working that through. Potentially we could have ended up with the exact same situation although perhaps if we had picked it up with our DAS breakdown, things could have been addressed earlier. 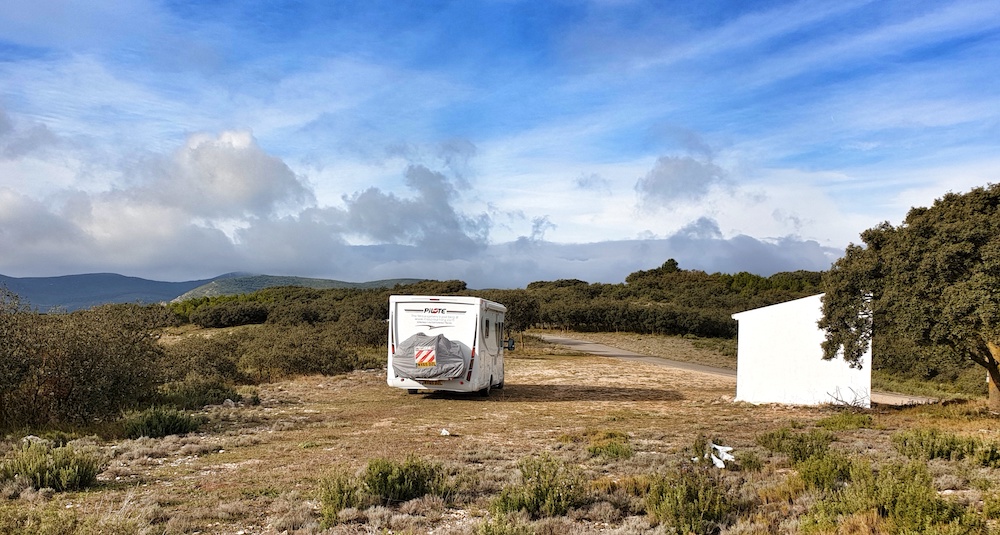 So jump forward to March 2020. When we arrived back in the UK we hoped to get straight to our mechanic to do a pressure test, although we were affected by lockdowns just like everyone else across Europe. So Scoobie was parked up and the handbrake on!

When we could finally move again we rescheduled our MOT, our damp assessment and Service back in our home town of Wellington when boom! Just 500m from Gloucester services on M5 Scoobs gave one last puff and simply stopped.  This time the pipe that had been popping off was not for turning and we had to call our Breakdown.

Towed to our Service garage we looked on in dismay as the mechanic shook his head – this was not going to be good, we could feel it. In truth we had been feeling ‘it’ for a while. With our regular garage not fit for such a major diagnosis, we had to abandon Scoobie at a neighbouring garage, who had just started up in business and who had a large under cover workshop. We only had his word that these guys were good and on face value they seemed nice enough. Although given that no Fiat garage in the area or in Weston Super Mare would take us, we were left with no choice than to abandon him.

Two weeks later they diagnosed hairline cracks in the cylinder head, a conclusion they came to after sending the head to a professional pressure tester.  So that meant a new engine. Whilst they did suggest an option of just replacing the cylinder head,  they advised that the block (the main body of the engine) was warped and they were not confident that there wouldn’t be other associated problems within the body of the engine that could bite us on the bum further down the line. Now we wouldn’t want that now would we?

You can imagine our turmoil, especially given that the engine was barely run in! A mere 57000 on the clock! Come on Fiat – really? A set of unbelievable circumstances and clearly a Friday afternoon production that ultimately cost us £7,300 plus £1500 for the diagnostics and labour. Ouch! And of course we were well out of warranty so it was our cost to bear!

And get this…. When Fiat say you need a new engine you don’t actually get a ‘new’ engine. You get a remanufactured engine and you have to pay an additional £600 deposit for the privilege of them having your broken engine returned so they can remanufacture it and pass it onto another customer!

Even with Myles’ technical knowledge we could not have known that a pipe popping off could have given us such a dramatic diagnosis. Even our mechanical friends said it was highly unlikely, especially given the additional 4000 miles we covered after our Sitges breakdown. Don’t give yourselves a hard time – it is not likely to be anything that you did.  Throw cash at it if you can and swallow that bitter pill. 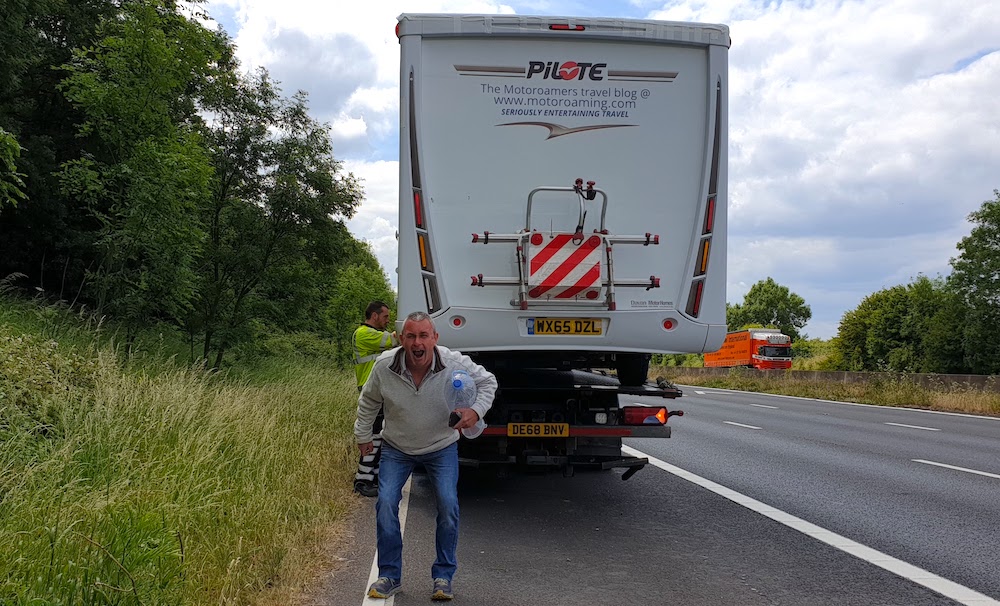 Imagine our delight bringing Scoobie home especially as in the July, campsites opened up again. Finally we could get a much needed break. We headed over to Tenby which was lovely although not without anxiety as we had to reconnect with Scoobs after such a tempestuous period. The lack of confidence we both experienced in silence was odd. After four years on the road, we had overcome so many challenges, although this felt big. Still things are only as big as you make them and we soon got back into a Scoobie rhythm. Surely the fan-belt whistling was nothing much to worry about.

After a mammoth effort on our renovation project, which we had invested in to get us through this Covid uncertainty, at the end of September we decided we needed a break. So we went Scotland bound for a month for a touch of RnR. What happened to that pesky fan-belt noise you might well ask? Well it got gradually worse as we sauntered up through the Staffordshire countryside. And the smell – it was like TCP – just like chemicals, was not pleasant. We limped along to a rendezvous with friends – all socially distancing of course and it was at that point that we decided Scoobie must roll no further. With the smell increasing and the noise getting worse, it was the only responsible thing to do. So Breakdown recovery called once again. We’ve seen a few of these over the years!

The recovery in itself was a drama after a series of undersized trucks visited us over the course of 24hrs. Even after an AA technician had spent 2 hours trying to diagnose the problem, his report simply said “the engine is shattered” and he recommended that we should not drive anywhere.

The straw that broke the camel’s back was vehicle number 3 that turned up to collect us. As he began to tow us onto the back of his truck, it took off our rear bumper.  It was obvious that it wasn’t going to fit, although he forged ahead regardless.  Oh the pain of hearing that grinding sound as plastic scrapes along tarmac. That sent me over the edge! They of course had no choice than to accept liability for the damage and agreed to sort out the repairs.

So vehicle number 4 came and went and number 5 finally was a low-loader that could take Scoobs to the nearest Fiat garage who we had secured an appointment with. Why a Fiat garage you may well ask? Given our remanufactured engine came with a one-year warranty, we needed to keep within the Fiat network to protect that warranty, just in case it was their fault.

With emergency accommodation secured (with our Breakdown cover we are entitled to up to £500 accommodation expenses) we waited for a diagnosis. We had to pay £270 for that diagnosis and after a nail biting day – sat like nervous parents we got our answer… It was a mis-threaded bolt on the EGR valve. A fault they concluded that lay in the hands of the garage who had fitted our ‘new engine’  a mere three months earlier.  Now that was the trigger for a series of events that is a blog all by itself and will come in a follow up.

So from these experiences what have we learnt that we can share with you?

So like most things in life, there is always a lesson and we have sat patiently in our classroom absorbing the teachings. As if this wasn’t enough, our next series of tests took us down a more legal route that shall share in our next instalment. We really hope that our experiences might help you in the future. 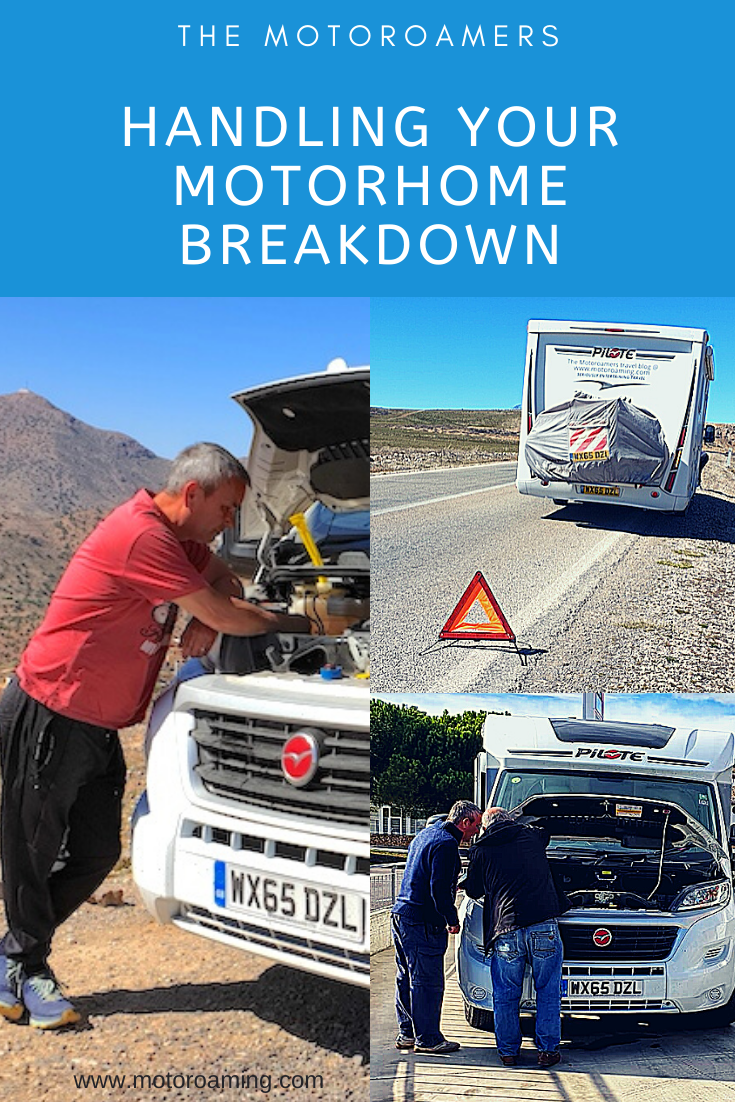 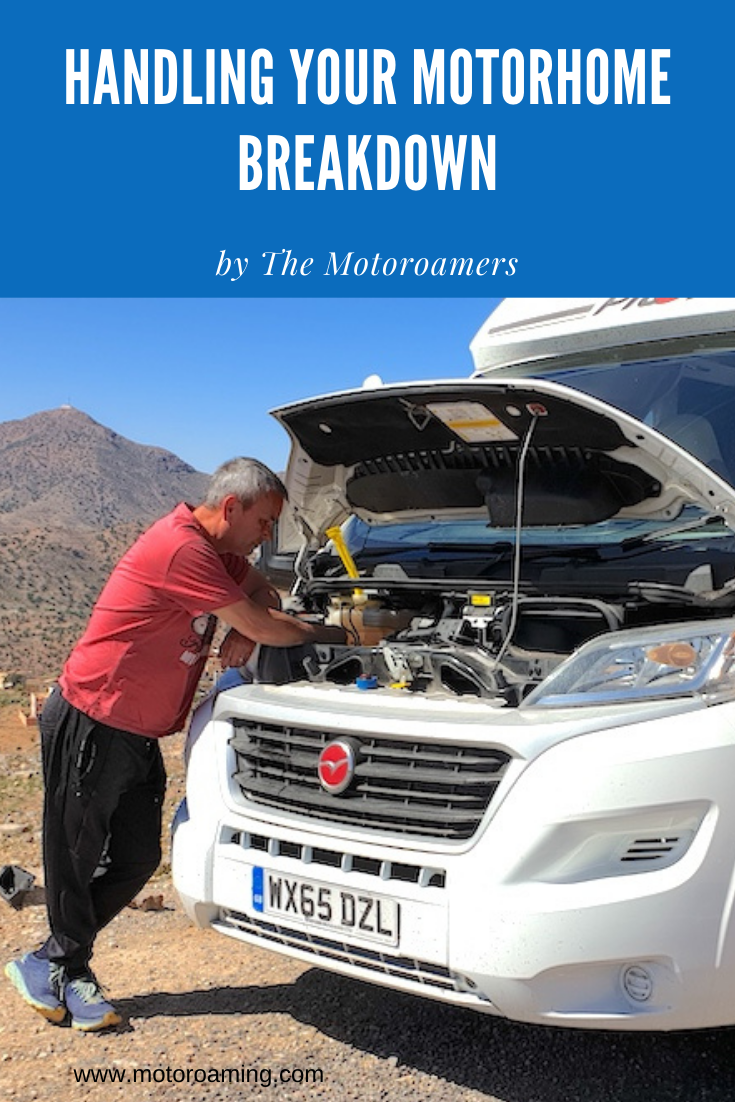